While my buddy Nightmare and I were celebrating Passover in Tel Aviv, we heard that rain would be moving into the area over the next couple of days. Being the hearty (foolish?) hikers that we are, we didn't flinch. 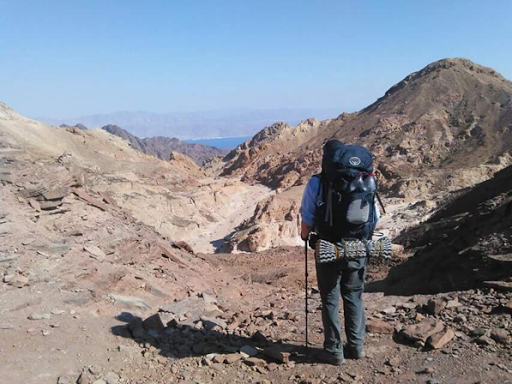 The two of us along with our friend Davi struck out from Mitzpe Ramon under cloudy but calm skies. 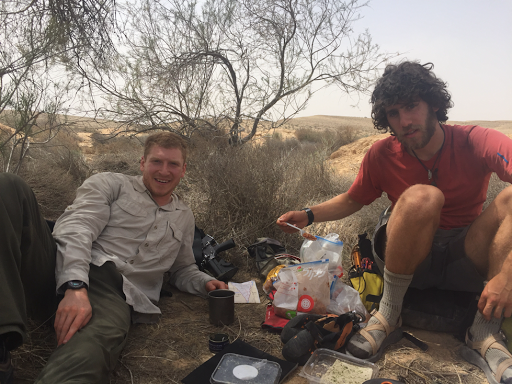 As it was already getting dark, we didn't make it very far out of town before we decided to camp. We picked a spot high up on the edge of the Maktesh Ramon - a huge crater that runs for miles across. We enjoyed reflecting back on our time in Tel Aviv as we ate our dinner and looked out over the crater from hundreds of feet above it. 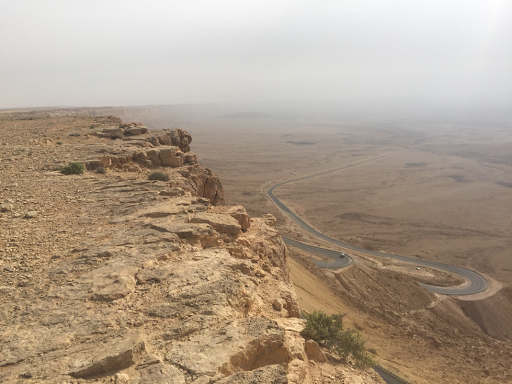 After dark, I crawled into my tent and noticed that the wind had really picked up. I wondered how Nightmare and Davi were doing as they were both going to sleep under Nightmare's tarp. 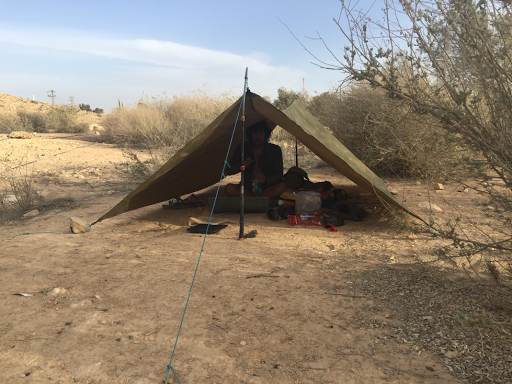 Flashes of lightening were the first sign that this was going to be a rough night. I wondered to myself why we picked a spot that was so exposed. We had hiked right by a formal camping area - far from the crater's edge - that had plenty of trees and picnic tables.

My tent (actually Hee Haw's tent) was being flattened by the sustained strong winds. The only thing keeping it from blowing off the cliff into the crater was my body weighing it down. Being in the thick of it; the worst part of the storm was both terrifying and exciting. So far, the tent was holding and I was warm and dry inside.

I could hear Nightmare and Davi yelling to each other over the wind. They were packing up (in the middle of the storm!) and heading back to the campground we had seen. I decided to sit tight and ride it out.

As the hours passed, I still wasn't sure I had made the right decision. Lightening flashed and thunder boomed. The tent bent over sideways in the high winds...

Morning brought clear skies but the wind was still pretty intense. I broke camp and found a (less windy) spot at the base of a radio tower to cook up breakfast. I waited by the side of the trail for much of the morning before Nightmare and Davi finally came along.

Nightmare had lost his sleeping pad, his hat and a stuff sack in the storm. At first he was pretty bummed out but soon enough, as always, the Trail provided for him:  He found a decent piece of cardboard to use as a sleeping pad and then he scored a free hat (Who knew it was National Trail Day in Israel?). Indeed, the Trail will provide. 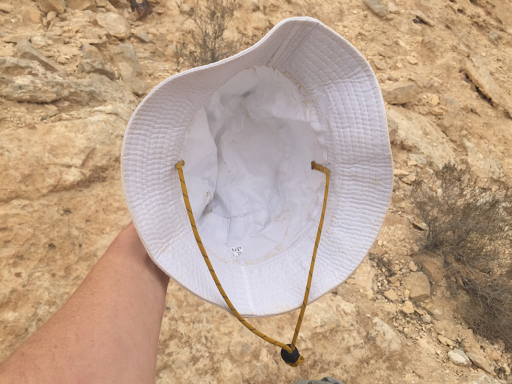 Ever had to endure a fierce storm during a hike? Leave me a comment about it below!

Wow! What an ordeal. I never encountered a storm like that when I was in Israel. Love the storoes! Stay safe. Liane

Sounds pretty hairy. As expected, you made questionable choices and lived to tell the tale. :-)

Keep on keepin on.

Good to hear all three of you made it safely through the storm. Sounds like a terrifying night!

So far the worst one I've been in was on the CDT with you and beaker. I stayed up most of that night thinking my tent was going to blow over! Any storms on the AT we're always during the day and hiked through. Pretty sure hot springs is a magnet for bad weather...

This story was so kewl. I am so lucky to be sharing this journey with you... Stay safe

It was scary but as I always say, nature is most beautiful in the extremes. Thanks for the comment, Nancy!

I remember that night! It was insane. This was just as bad. Thanks for the comment, Z!

So glad your safe and sound. What a Man.