The Abraham Hostel in Tel Aviv put out an amazing spread for breakfast. I wasn't exactly sure what everything was, but I tried all of it. As I sipped a sweet Turkish coffee, my head was swimming with all the details Amtrak had shared with me the night before. So much to do! I had to look into car rental, buy some supplies and meet my buddy Sammy Glen (aka Nightmare AT '15, CT '16) at 10am. I got busy with research and phone calls.

Renting a car, it seems, was a little trickier than I had anticipated. One way rentals (rent in Tel Aviv and return in Eilat) were exceedingly expensive. I would have to take a taxi all the way back out to the airport to pick up up the car and, I have to be honest when I say that driving around in downtown Tel Aviv scared the crap out of me: I couldn't read the traffic signs and there were a million little streets, each teeming with pedestrians, bicycles and tiny cars. Plus the chance that Nightmare and I getting WAY lost trying to find specific spots to cache water made me think that taking a bus to Eilat (the start of the trail) was a more attractive option. Maybe we could rent a car there and spend a day caching water. Or, for a substantial fee, you can pay a service to cache your water for you. I expressed these concerns to Nightmare and he agreed that getting to Eilat was the priority and that we would figure out the water caching later.

Seeing Nightmare again after a year and a half was a joyous reunion. We had met on the AT in '15 and when I told him that I wanted to hike the Israel National Trail, he wanted 'in' right away. We have been scheming and dreaming about this trail ever since.

Nightmare and I spent some time checking out Tel Aviv. He has been here before and he even speaks a little Hebrew. It was fun swimming through the crowds at a massive open air market and listening to all the strange languages being spoken.

Eventually, we hopped on a bus and made our way down to Be'er Shiva - a decent sized city about halfway to Eilat. The bus stations here are so different from what I'm used to. First of all, they are very secure. You have to pass through a metal detector and have your backpack x-rayed just to get in. The terminal was packed with people, about a third of whom were IDF (Israeli Defense Forces). Young men and women fulfilling their mandatory military service, in uniform and armed to the teeth! When I was in the Army, we NEVER took a weapon off post. Here, they all carried at least a loaded M-16 machine gun or better. Who would ever try to commit a crime here? I never felt so safe. The people are very respectful of the soldiers and grateful for the security they provide. They are often sent to the head of a line or given a seat on a crowded bus.

We didn't get down to Eilat until about 8:30pm. By night, the city was beautiful. Lots of colorful lights and high-rise hotels all along the coast of the Red Sea. You could look west to see Jordan and east to see Egypt. All three of these countries come to a point here on the shores of the waters that Moses once parted.

We checked in to the famous Shelter Hostel and received bunk assignments. As I fell asleep, I looked back on my busy day and dreamt of what Eilat might look like in the morning.

My three month international journey started off a little rough. The Greyhound bus station in Detroit told me that my ticket 'had already been printed' and that I 'would have to purchase a new one'. Wha? I hadn't printed anything and who cares if I did? What does that matter?  Initially, they insisted that I buy a whole new ticket. Finally, an employee had mercy on me and lead me back to an office to print a new one. What a huge pain in the ass. The ride to New York was going to be a long one.

After a solid fourteen hours on the Dirty Dog, my dear friend Manuela Petzold drove all the way to Philadelphia to pick me up and took me to New York in comfort. Thank you, Manuela!

The two days I spent in New York with her were extra special. She took time off work to really show me the city and to treat me to all the best ice cream that NYC had to offer (ice cream is a big thing with her). 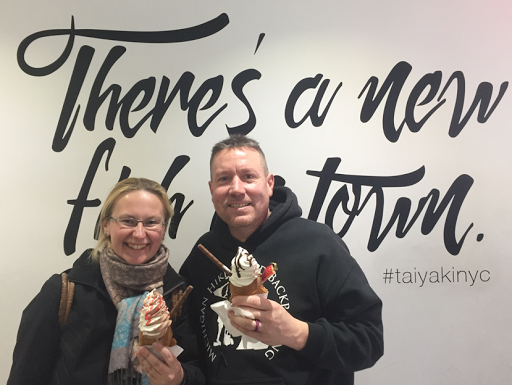 Tuesday night she took me to JFK airport. Israel's airline, El Al, does NOT mess around with security. They spent a full 30 minutes interviewing me and going through every bit of my luggage. This is even before regular airport security. They were polite and efficient but VERY thorough.

The flight was a tough ten hours. The seats could not have been closer together. The flight attendants were very kind and even the food was good but I could not WAIT to stand up and walk around.

Of interest, the passengers on this flight were about 10% Hasidim (Hasidic Jews). At about 4am, every one of them got up from their seats and performed an elaborate prayer ritual. It was fascinating to watch. 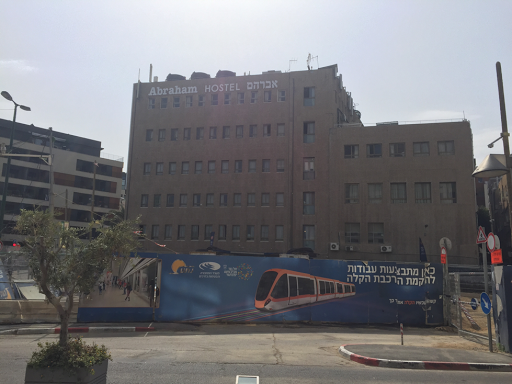 The plane finally landed and I took a taxi to the Abraham Hostel. My friend Noam Gal (aka Amtrak AT '02, PCT '14) picked me up and invited me to his home. He treated me to delicious pizza and helped me plan my hike with specific details. His help was invaluable. By the time I got back to the hostel and climbed into my bunk bed, I was beat. I slept like a rock and woke up early, eager to get one step closer to the start of the Israel National Trail. 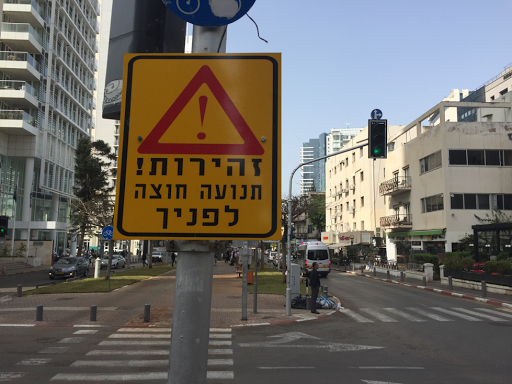